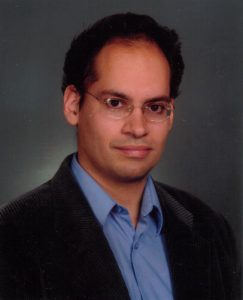 José Alejandro Felipe Valencia-Arenas Abruzzese was born in Lima in 1970 and studied at the University of Lima and the National University of San Marcos, where he completed a B.A. in Peruvian and Latin American literature and a master’s degree in creative writing. Storyteller, novelist and Antologador, literary critic with publications in various countries, has directed several workshops of literary creation in Peru, and invited by universities and governments has dictated in different countries lectures around his works of fiction and Subjects of study. For almost a decade he has been directing the international Workshop on narrative writing, currently the most important Internet workshop for writing stories and novels in Latin America.

His literary career becomes notoriety with the publication of Summer Vacation (2002), his first book of Tales. In 2012 publishes anthology of contemporary Peruvian narrative, the same year the study literature for children appears (2012). His second book of Tales, Chiaroscuro (2014), was later published. Complicated relationships (2018) is his most recent storybook.