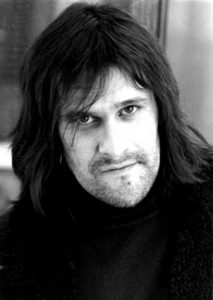 Rodrigo Galarza was born in Corrientes, Argentina, in 1972. He is a professor of letters. Co-founder of the Literary Group “Inkbird” and director of the magazine of the same name. He has obtained, among other distinctions, the 1st and 2nd Prizes of Poetry Creators in the Universidad del Sol (U.N.N.E) 1998 edition, as well as that of 2000; First Prize of poetry of the Annual Contest of the Undersecretary of Culture of Corrientes (2004); First Prize of Poetry of the Provincial Contest of Poetry and Narrative 2003 summoned jointly by the Argentine Society of Writers and the Circle Art and Letters of Valencia.

Since 2001, he has lived in Madrid where he has worked as an editor and director of the poetic studies magazine Amargord and the poetry collection. He has directed cycles of poetry in various cultural centers of Madrid. He currently has three unpublished the novels: All night I make the night (1); Estero (2); The hole (3)